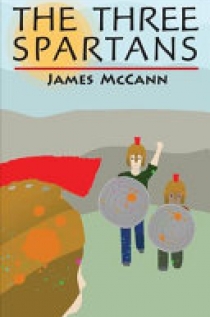 Twelve-year-old Dion loves his summers in Birch Bay, a quirky seaside village where he spends all of his time with his best friend Leo. The boys play video games together, hang out at the swimming hole in the woods and explore on their bikes. This year is different, though. Dion learns it will be Leo?s last summer in Birch Bay. Then their freedom is threatened by the Immortals, the swim team who torments all the other kids at the local middle school. When the Immortals commandeer the treehouse at the swimming hole, Leo and Dion decide to take a stand. Using their video-game network, they gather a small army of kids who?ve had enough of the Immortals. Dion is surprised at how many kids show up willing to risk injury to put a stop to the Immortals. Armed with paintball guns and shields made of garbage can lids, the Spartan army takes back the treehouse. But can they hold it through the summer? One by one, warriors drop out and soon there are only three Spartans left, Leo, Dion and Georgia. Georgia is a brave fighter and a good shot, but three fighters are no match for the army of Immortals who could attack at any moment. A parody of the Greek battle of Thermopylae, The Three Spartans is a story of friendship and belonging, and of standing up for what?s right? even when the odds are against you.