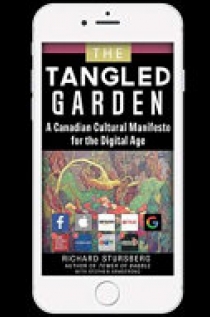 The emergence of Facebook, Amazon, Apple, Netflix and Google (the FAANGs) has created an unprecedented challenge to Canada's news, television and film businesses. In this book Richard Stursberg offers a brief account — often based on his insider's experience — of how Canada's cultural industries were built. And he explains that independent Canadian media and cultural industries are unlikely to survive due to the large share of ad dollars and audience attention captured by the big digital media companies.