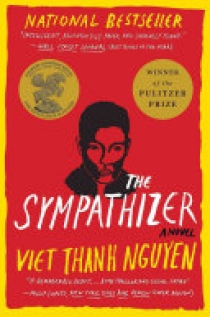 The winner of the 2016 Pulitzer Prize for Fiction, compared by critics to the works of Graham Greene, Denis Johnson, and George Orwell,The Sympathizer is a blistering exploration of identity, politics, and America, wrought in electric prose. The narrator, a Vietnamese army captain, is a man of divided loyalties, a half-French, half-Vietnamese communist sleeper agent in America after the end of the Vietnam War. A powerful story of love and friendship, and a gripping espionage novel,The Sympathizer examines the legacy of the Vietnam War in literature, film, and the wars we fight today.