The Survival Guide to British Columbia 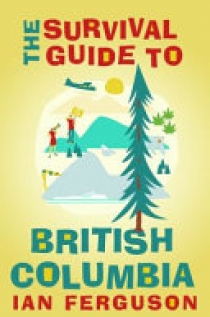 A completely satirical yet oddly practical guide to surviving and thriving in Canada's westernmost province. So you've arrived in British Columbia. Perhaps you're just passing through; perhaps you want to stay a while. You may even be contemplating making British Columbia your home. What you need is a well-researched, comprehensive guide to living and even prospering in Canada's westernmost province. This isn't it. However, the information contained in this book will allow you to experience British Columbia with minimal damage to your well being. Having lived in nearly every province in the country before settling in BC, Ian Ferguson can say with authority that things work differently here. So differently, in fact, that visitors and newcomers from other parts of Canada may put themselves in physical peril if they try to dress, act, drive, work, vote, or socialize in the same ways as they would elsewhere. With practical advice, little-known facts, and personal anecdotes, Ferguson tackles everything from how to recognize a local (and differentiate the various types of facial hair that delineate the male British Columbian) to how to survive both natural and unnatural disasters (whether it's a light dusting of snow on the southern tip of Vancouver Island or a full-blown hockey riot) to how BC has been governed through the ages (like the time a bootlegger was put in charge of prohibition). Illuminating, hilarious, and only mildly offensive, The Survival Guide to British Columbiawill make you question why you ever came here in the first place.