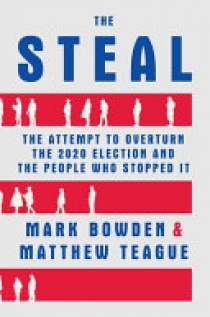 In The Steal, veteran journalists Mark Bowden and Matthew Teague offer a week-by-week, state-by-state account of the effort to overturn the 2020 presidential election. In the sixty-four days between November 3 and January 6, President Donald Trump and his allies fought to reverse the outcome of the vote. Focusing on six states--Arizona, Georgia, Michigan, Nevada, Pennsylvania, and Wisconsin-- Trump's supporters claimed widespread voter fraud. It was not a well-orchestrated matter. There was no guiding genius pulling the strings in key states for the defeated Donald Trump.