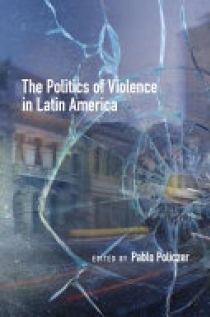 The Politics of Violence in Latin America

Latin America is one of the most violent regions in the world. It has suffered waves of repressive authoritarian rule, organized armed insurgency and civil war, violent protest, and ballooning rates of criminal violence. But is violence hard wired into Latin America? This is a critical reassessment of the ways in which violence in Latin America is addressed and understood. Previous approaches have relied on structural perspectives, attributing the problem of violence to Latin America's colonial past or its conflictual contemporary politics. Bringing together scholars and practitioners, this volume argues that violence is often rooted more in contingent outcomes than in deeply embedded structures. Addressing topics ranging from the root sources of violence in Haiti to kidnapping in Colombia, from the role of property rights in patterns of violence to the challenges of peacebuilding, The Politics of Violence in Latin America is an essential step towards understanding the causes and contexts of violence-and changing the mechanisms that produce it.

Israel, a Beachhead in the Middle East

By Stephen Gowans
Baraka Books | May 15, 2019 | 290 pages
One US military leader has called Israel "the intelligence equivalent of five CIAs." An Israeli cabinet minister likens his country to "the equivalent of a dozen US aircraft carriers," while the Jerusalem Post defines Israel as the executive of a "superior Western military force that" protects...  END_OF_DOCUMENT_TOKEN_TO_BE_REPLACED
International Politics & Socialism

By John J. Mearsheimer
October 8, 2019 | 328 pages
A major theoretical statement by a distinguished political scholar explains why a policy of liberal hegemony is doomed to fail It is widely believed in the West that the United States should spread liberal democracy across the world, foster an open international economy, and build international...  END_OF_DOCUMENT_TOKEN_TO_BE_REPLACED
International Politics & Socialism

Down with the Law

Face to Face with Russia

By Vilis Vitols
Mosaic Press | March 15, 2019 | 208 pages
While there are many books published in English about Russia, the vast majority of them are written from the perspective of Western academics and journalists. Very few studies are conducted by people who live at the frontiers of this newly constituted Russian empire, under the leadership of...  END_OF_DOCUMENT_TOKEN_TO_BE_REPLACED
International Politics & Socialism