The Politics of Operations 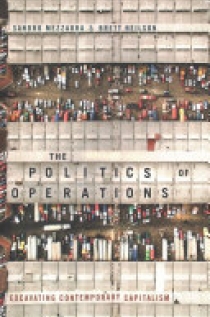 In The Politics of Operations Sandro Mezzadra and Brett Neilson investigate how capital reshapes its relation with politics through operations that enable the extraction and exploitation of mineral resources, labor, data, and cultures. They show how capital—which they theorize as a direct political actor—operates through the logistical organization of relations between people, property, and objects as well as through the penetration of financialization into all realms of economic life. Mezzadra and Neilson present a capacious analysis of a wide range of issues, from racial capitalism, the convergence of neoliberalism and nationalism, and Marx's concept of aggregate capital to the financial crisis of 2008 and how colonialism, empire, and globalization have shaped the modern state since World War II. In so doing, they illustrate the distinctive rationality and logics of contemporary capitalism while calling for a politics based on collective institutions that exist outside the state.