The Politicization of Safety 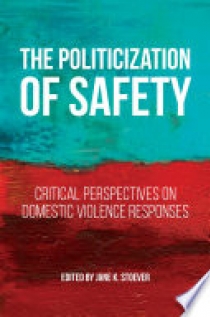 A look at gun control, campus sexual assault, immigration, and more that considers the future of responses to domestic violence Domestic violence is commonly assumed to be a bipartisan, nonpolitical issue, with politicians of all stripes claiming to work to end family violence. Nevertheless, the Violence Against Women Act expired for over 500 days between 2012 and 2013 due to differences between the U.S. Senate and House, demonstrating that legal protections for domestic abuse survivors are both highly political and highly vulnerable. Racial and gender politics, the move toward criminalization, reproductive justice concerns, gun control debates, and political interests are increasingly shaping responses to domestic violence, demonstrating the need for greater consideration of the interplay of politics, domestic violence, and how the law works in people’s lives. The Politicization of Safety provides a critical historical perspective on domestic violence responses in the United States. It grapples with the ways in which child welfare systems and civil and criminal justice responses intersect, and considers the different, overlapping ways in which survivors of domestic abuse are forced to cope with institutionalized discrimination based on race, gender, sexual orientation, and immigration status. The book also examines movement politics and the feminist movement with respect to domestic violence policies. The tensions discussed in this book, similar to those involved in the #metoo movement, include questions of accountability, reckoning, redemption, healing, and forgiveness. What is the future of feminism and the movements against gender-based violence and domestic violence? Readers are invited to question assumptions about how society and the legal system respond to intimate partner violence and to challenge the domestic violence field to move beyond old paradigms and contend with larger justice issues.