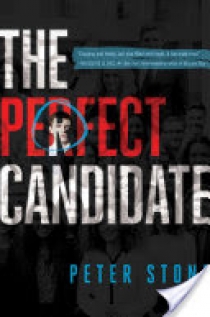 “The perfect YA thriller for right now—think John Grisham meets John Green.” —Margaret Stohl, New York Times bestselling author of Beautiful Creatures “Gripping and twisty, but also filled with heart. A fun must-read.” —Melissa de la Cruz, New York Times bestselling author of Alex and Eliza “An enthralling plot of power, greed, and murder.” —Kirkus Reviews “A YA version of the TV show Scandal, and it is just as addictive.” —Publishers Weekly From debut author Peter Stone comes a heart-stopping, pulse-pounding political thriller that’s perfect for fans of Ally Carter and House of Cards. When recent high school graduate Cameron Carter lands an internship with Congressman Billy Beck in Washington, DC, he thinks it is his ticket out of small town captivity. What he lacks in connections and Beltway polish he makes up in smarts, and he soon finds a friend and mentor in fellow staffer Ariel Lancaster. That is, until she winds up dead. As rumors and accusations about her death fly around Capitol Hill, Cameron’s low profile makes him the perfect candidate for an FBI investigation that he wants no part of. Before he knows it—and with his family’s future at stake—he discovers DC’s darkest secrets as he races to expose a deadly conspiracy. If it doesn’t get him killed first.