The Party Without Bosses 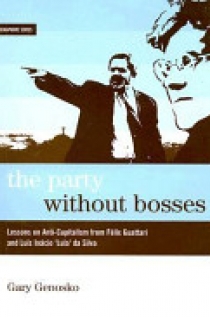 The former metalworker and trade union leader Lúis Inácio ‘Lula' da Silva-known to everyone as Lula-was elected president of Brazil in late 2002 in his fourth attempt since founding the Workers' Party in 1980. The Party Without Bosses features a discussion between Lula and the psychoanalyst Félix Guattari that took place in the heady days after the birth of the Workers' Party. At the time, the optimism and radicalism of the 1970s in South America was beginning to fade in the face of Reaganism's gathering momentum, and the Left had entered a protracted period of frustration and defeat.The discussion is introduced by leading Guattari scholar Gary Genosko and in addition contains his lively diaristic essay on the 2002 campaign.