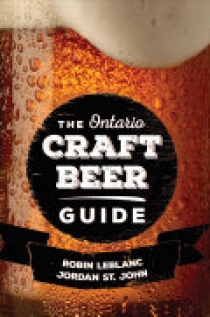 A must-have book for anyone interested in exploring local Ontario beer. First guidebook like this since 1993's Ontario Beer Guide by Jamie Mackinnon. The rise of the craft beer scene has created many new breweries and beers in Ontario since then. Authors are highly regarded both within and outside the industry, with Jordan's work as Sun Media's beer columnist for four years, and Robin's international recognition with the Saveur Magazine Best Food Blog Award, among other accolades.