The Next Civil War 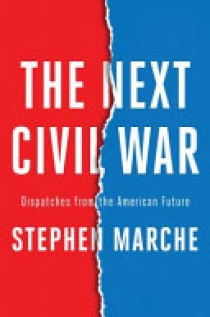 Ezra Klein’s Why We’re Polarized meets Alan Weisman’s The World Without Us in this deeply researched work of speculative nonfiction that takes a fiercely divided America and imagines five chilling scenarios that lead to its collapse, based on in-depth interviews with a range of experts—published on the first anniversary of the January 6 Capitol insurrection. On a small two-lane bridge in a rural county that loathes the federal government, the US Army uses lethal force to end a stand-off with hard-right militias, or anti-government patriots.