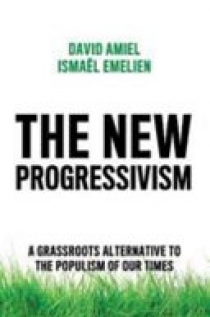 Political parties that once dominated Western democracies have been shaken to the core. Many have suffered electoral debacles, as in France, Italy and Greece, while mainstream political parties in the UK and the US have found themselves struggling to cope with outcomes – in the form of Brexit and the election of Trump – that were not anticipated. We are witnessing nothing less than the exhaustion of a century-old cleavage between traditional left and right parties due to their inability to perceive and tackle present-day challenges, such as declining social mobility, mounting environmental crises, rising geographic inequality, tensions over migration and multiculturalism, etc. The ‘populists’, from Salvini and Le Pen to Trump and Bolsonaro, were the first to understand this and supply an alternative. But contrary to what many observers now predict, we are not doomed to witness the replacement of the ancient political order by the populists’ rise to power. In France, Emmanuel Macron launched a new movement that stopped them. Though things have sometimes been tough, ‘En Marche!’ has successfully implemented an entirely new programme of reforms and has been given some comfort by recent election results. In this short book, David Amiel and Ismaël Emelien – two of Macron’s closest advisers and key architects of ‘En Marche!’ – build on this experiment and reflect on its successes and failures to define a new grassroots progressivism for Western countries based on three principles and ranging from public policies to electoral strategy, from ideology to party organization. This could form the bedrock for a wider counter-offensive against the populism of our times.