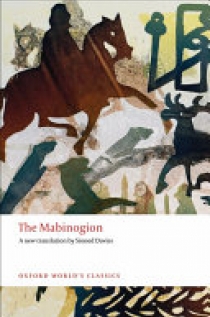 Celtic mythology, Arthurian romance, Welsh history--these are just some of the threads woven into the eleven magical tales that make up The Mabinogion. Here are stories full of colorful characters, such as Gwydion the shape-shifter and Math the magician. Dragons, witches, and giants live alongside kings and heroes, and quests of honor, revenge, and love are set against the backdrop of a country struggling to retain its independence. This magnificent new translation, the first in thirty years, recreates this fantastical blend of myth, folklore, legend, and history. Davies' introduction places the tales within their oral storytelling context and illuminates their central themes and the key role that public performance played in their evolution. Invaluable explanatory notes shed light on aspects of medieval Welsh society and highlight the relationship between the tales, cross-referencing them in a way that has never been done before. The book also includes glossaries of personal names and place-names, a map showing the locations mentioned in the tales, and a guide to pronunciation. About the Series: For over 100 years Oxford World's Classics has made available the broadest spectrum of literature from around the globe. Each affordable volume reflects Oxford's commitment to scholarship, providing the most accurate text plus a wealth of other valuable features, including expert introductions by leading authorities, voluminous notes to clarify the text, up-to-date bibliographies for further study, and much more.