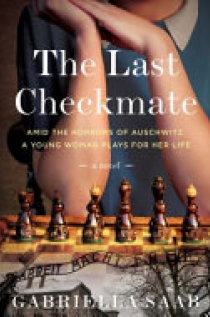 Readers of Heather Morris's The Tattooist of Auschwitz and watchers of The Queen's Gambit won't want to miss this amazing debut set during World War II. A young Polish resistance worker, imprisoned in Auschwitz as a political prisoner, plays chess in exchange for her life, and in doing so fights to bring the man who destroyed her family to justice. Maria is many things: daughter, avid chess player, and member of the Polish underground resistance in Nazi-occupied Warsaw. Captured by the Gestapo she is imprisoned in Auschwitz, while her family is sent to their deaths.