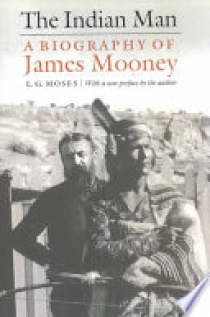 The Indian Man examines the life of James Mooney (1861?1921), the son of poor Irish immigrants who became a champion of Native peoples and one of the most influential anthropology fieldworkers of all time. As a staff member of the Smithsonian Institution for over three decades, Mooney conducted fieldwork and gathered invaluable information on rapidly changing Native American cultures across the continent. His fieldwork among the Eastern Cherokees, Cheyennes, and Kiowas provides priceless snapshots of their traditional ways of life, and his sophisticated and sympathetic analysis of the 1890 Ghost Dance and the consequent tragedy at Wounded Knee has not been surpassed a century later.