The Group of Seven Reimagined 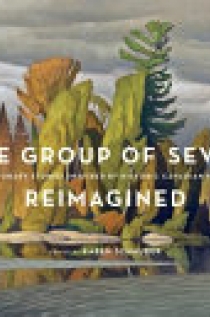 A celebration of one hundred years of Canada's most famous group of painters, expertly blending visual artistry with evocative works of short fiction. Founded in 1920, the Group of Seven has been capturing the imaginations of Canadians for nearly a century, helping to shape our national identity with their stunning landscape paintings representing every region of the country. In honour of the one-hundred-year anniversary of the Group's formation, The Group of Seven Reimaginedtakes a fresh look at twenty-one paintings from the Group's vast oeuvre, extracting narrative from landscape and uniting Canada's most beloved works of art with some of its most distinguished names in contemporary literary fiction. This gorgeous full-colour art book includes works by the original Group of Seven--Franklin Carmichael, Lawren Harris, A.Y. Jackson, Frank Johnston, Arthur Lismer, J.E.H. MacDonald, and Frederick H. Varley--as well as later members A.J. Casson, L.L. FitzGerald, and Edwin Holgate, plus their contemporaries Tom Thomson and Emily Carr. Each painting is accompanied by a short narrative--or "flash fiction" piece--written by critically acclaimed, award-winning authors, including Carol Bruneau, Waubgeshig Rice, Tamas Dobozy, and JJ Lee. Rather than analyze or interpret the art, these literary masters look deep inside each painting, crafting new layers of plot, setting, and emotion that feel at once entirely fresh and completely at home alongside these early-twentieth-century works. With a foreword by Sue and Jim Waddington, authors of the popular In the Footsteps of the Group of Seven,this innovative take on the Group of Seven is sure to inspire and delight Canadians from coast to coast.