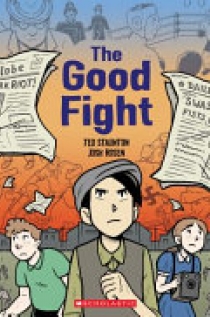 A fast-paced story set amidst Toronto's turbulent summer of 1933, this graphic novel sheds light on prejudice and social injustice. It's Toronto in the 1930s. The city is small, often xenophobic, and the summer is stiflingly hot. Everyone flocks to the lakeshore. In one area of the beach, a neighbourhood protective association has formed to keep out "undesirables," and members patrol wearing silver swastika pins. Meanwhile, the police chief believes the immigrant Jewish community is at the root of a communist threat, as the world witnesses an alarming rise of anti-Semitism overseas.