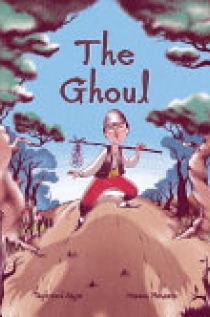 A story about facing your fears and accepting differences, inspired by Arabic folk tales. The villagers are afraid of the "Ghoul." For years, they've tiptoed around the village for fear of disturbing it. The monster doesn't look like them, and it is believed to eat humans. One day, the brave Hassan embarks on a dangerous mission to face the long-feared Ghoul. When Hassan finally meets the Ghoul living on top of the mountain, he discovers that the Ghoul is just as terrified of people as they are of him. Hassan and the Ghoul realize that they can still be friends, despite their differences.