The Fight for History 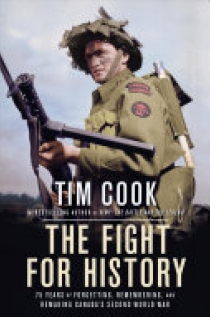 A masterful telling of the way World War Two has been remembered, forgotten, and remade by Canada over seventy-five years. The Second World War shaped modern Canada. It led to the country's emergence as a middle power on the world stage; the rise of the welfare state; industrialization, urbanization, and population growth. After the war, Canada increasingly turned toward the United States in matters of trade, security, and popular culture, which then sparked a desire to strengthen Canadian nationalism from the threat of American hegemony.