The Fabled Stables: Trouble with Tattle-Tails 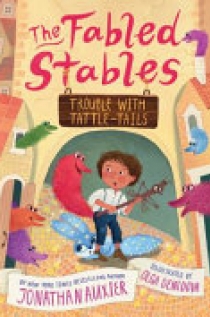 The second book in the magical chapter-book adventure series by the Governor General Award--winning author of Sweep. Auggie was just like most other boys, except in one way. Auggie had a job. Auggie worked in the Fabled Stables -- a magical place full of one-of-a-kind creatures. Sometimes the Fabled Stables changed to make room for a new beast. The whole place would shake, and then Auggie would find a new stall that led to a beast somewhere in the Wide World. It was Auggie's job to go out and rescue that beast from danger.