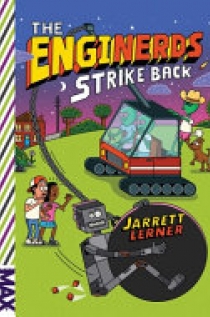 Ken and his EngiNerds crew return in another nutty and nerdy adventure as they face down an alien to save the planet! Alien invasion? At the end of Revenge of the EngiNerds an alien appeared, and it turns out he’s the real deal. He explains he was sent to Earth as an envoy to scope things out for a planned massive, futuristic billboard—which will mean demolishing the planet! Here? On Earth? In their town? Not if the EngiNerds have anything to say about it. Time to save the day and the planet!