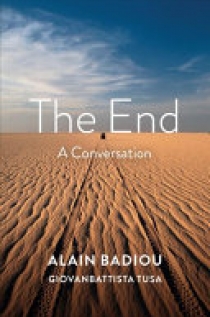 The notion of the ‘end’ has long occupied philosophical thought. In light of the horrors of the 20th century, some writers have gone so far as to declare the end of philosophy itself, emphasising the impossibility of thinking after Auschwitz. In this book the distinguished philosopher Alain Badiou, in dialogue with Giovanbattista Tusa, argues that we must renounce the ‘pathos of completion’ and continue to think philosophically. To accept the atrocities of the 20th century as marking the end of philosophy is intolerable precisely because it buys into the totalising doctrines of the perpetrators. Badiou contends that philosophical thinking is needed now more than ever to counter the totalizing effects of globalised capitalism, which prescribes no objective for human life other than integration into its system, giving rise to a widespread sense of hopelessness and nihilism. To resist this degradation of human life, Badiou calls for a renewal of the idea of communism: the creation of new forms of collective organisation capable of challenging the logic of capitalism and enabling individuals to become self-determining subjects. This volume consolidates much of Badiou’s thinking over the years and will appeal to the many followers of his philosophical project, as well as all those interested in contemporary philosophy and radical political theory.