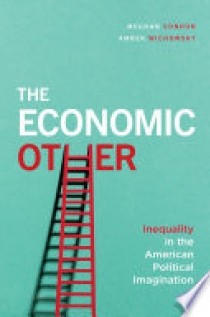 "There is a puzzling disconnect between rising income inequality and public opinion in the United States. One might think-and many politicians argue-- that as inequality increases the public on the losing side of the inequality divide would demand more redistributive action from government. But many Americans have not demanded these policies. Indeed, Americans have trouble identifying their own positions in the changing economic hierarchy; the public's appetite for economic redistribution has remained relatively unchanged; and the American social safety net has not become more generous.