The Day the Big Bad Wolf Got His Commeuppance 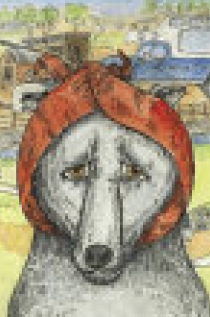 Award-winning master etcher Arthur Geisert is back with the second installment in his trilogy about Clayton County, Iowa, which began with Pumpkin Island. A twist on the classic story of the big bad wolf and the three little pigs, Geisert's version re-imagines the pigs as considerably more resourceful, thanks to their mother's forewarning to be prepared for what the world has in store. Despite the wolf's best attempts to blow each pig's house down, some clever engineering and architecture foil his plans.