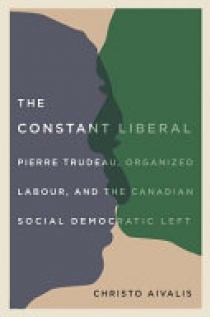 "Pierre Elliott Trudeau--radical progressive or unavowed socialist? Christo Aivalis argues that although Trudeau found key influences and friendships on the left, he was in fact a consistently classic liberal, driven by individualist, capitalist principles. Trudeau's legacy is still divisive. Most scholars portray Trudeau's ties to unions and the Cooperative Commonwealth Federation as either evidence of communist affinities or as being at the root of his reputation as the champion of a progressive, modern Canada. The Constant Liberal traces the charismatic politician's relationship with left and labour movements throughout his career. Trudeau worked with leftists in the 1950s to oppose right-wing Quebec premier Maurice Duplessis but against them as prime minister when workers and progressives were seen as obstacles to higher corporate profit margins. While numerous biographies have noted the impact of Trudeau's engagement with the left on his intellectual and political development, this comprehensive analysis is the first to showcase the interplay between liberalism and democratic socialism that defined his world view--and shaped his effective use of power. The Constant Liberal suggests that Trudeau's leftist activity was not so much a call for social democracy as a warning to fellow liberals that lack of reform could undermine liberal-capitalist social relations."--

By Catherine Baillie Abidi,  Shiva Nourpanah
Nimbus Publishing (CN) | July 23, 2019 | 146 pages
An accessible A-to-Z reference book focused on raising awareness on refugee and forced migration issues in Canada, with a specific focus on Atlantic Canada. This guide will be an extremely useful tool for refugee aid and settlement practitioners and advocacy groups. Includes over 40 photographs by...  END_OF_DOCUMENT_TOKEN_TO_BE_REPLACED
Canada

Could It Happen Here?

By Michael Adams
Simon & Schuster | February 5, 2019 | 192 pages
From award-winning author Michael Adams, Could It Happen Here? draws on groundbreaking social research to show whether Canadian society is at risk of the populist forces afflicting other parts of the world. Americans elected Donald Trump. Britons opted to leave the European Union. Far-right,...  END_OF_DOCUMENT_TOKEN_TO_BE_REPLACED
Canada

By Noel Hudson
May 24, 2019 | 352 pages
Featuring 10 new destinations. This beautifully illustrated guide features 125 of Canada's most remarkable destinations. Scattered across every province and territory, some represent dream excursions to the far reaches of the land, while others are closer to your hometown than you would have...  END_OF_DOCUMENT_TOKEN_TO_BE_REPLACED
Canada

By David McGee
Ottawa Press and Publishing | August 1, 2017 | 176 pages
Remember the Chickulator at the Science and Tech Museum? What about the Britannia Drive-In? The Green Valley Restaurant? The malted milks once sold in the basement of Freiman   END_OF_DOCUMENT_TOKEN_TO_BE_REPLACED
Canada