The Catalogue of Shipwrecked Books 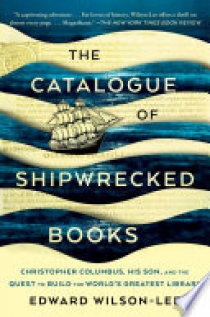 This impeccably researched and “adventure-packed” (The Washington Post) account of the obsessive quest by Christopher Columbus’s son to create the greatest library in the world is “the stuff of Hollywood blockbusters” (NPR) and offers a vivid picture of Europe on the verge of becoming modern. At the peak of the Age of Exploration, Hernando Colón sailed with his father Christopher Columbus on his final voyage to the New World, a journey that ended in disaster, bloody mutiny, and shipwreck.