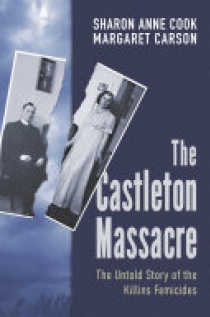 A former United Church minister massacres his family. What led to this act of femicide and why were his victims forgotten? On May 2, 1963, Robert Killins, a former United Church minister, slaughtered every woman in his family but one. Two child survivors lived to tell the story of what motivated a talented man who had been widely admired, a scholar and graduate from Queen’s University, to stalk and terrorize the women in his family for almost twenty years and then murder them.