The Canadian War on Queers 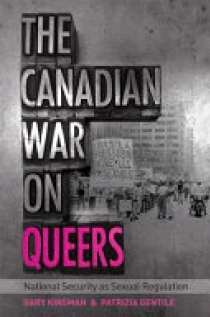 From the 1950s to the late 1990s, agents of the state spied on, interrogated, and harassed gays and lesbians in Canada, employing social ideologies and other practices to construct their targets as threats to society. Based on official security documents and interviews with gays, lesbians, civil servants, and high-ranking officials, this path-breaking book discloses acts of state repression and forms of resistance that raise questions about just whose national security was being protected. Passionate and personalized, this account of how the state used the ideology of national security to wage war on its own people offers ways of understanding, and resisting, contemporary conflicts such as the "war on terror."