The Boy Who Knew Everything 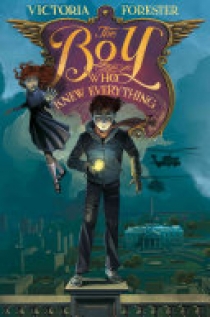 An epic modern fantasy about an unforgettable friendship. There is a prophecy. It speaks of a girl who can fly and a boy who knows everything. The prophecy says that they have the power to bring about great change . . . . The boy is Conrad Harrington III. The girl is Piper McCloud. They need their talents now, more than ever, if they are to save the world-and themselves. Victoria Forester does not disappoint in The Boy Who Knew Everything, the long-awaited sequel to New York Times-bestselling The Girl Who Could Fly, which Stephenie Meyer praised as "the oddest/sweetest mix of Little House on the Prairie and X-Men." This title has Common Core connections.