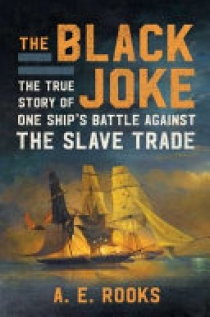 A groundbreaking history of the Black Joke, the most famous member of the British Royal Navy’s anti-slavery squadron, and the long fight to end the transatlantic slave trade. The most feared ship in Britain’s West Africa Squadron, His Majesty’s brig Black Joke was one of a handful of ships tasked with patrolling the western coast of Africa in an effort to end hundreds of years of global slave trading.