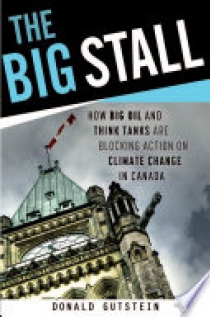 In fall 2015, the newly elected Trudeau government endorsed the Paris Agreement and promised to tackle global warming. In 2016, it released a major report which set out a national energy strategy embracing clean growth, technological innovation and carbon pricing. Rather than putting in place tough measures to achieve the Paris targets, however, the government reframed global warming as a market opportunity for Canada's clean technology sector. The Big Stall traces the origins of the government's climate change plan back to the energy sector itself — in particular Big Oil.