The Battle of Negro Fort 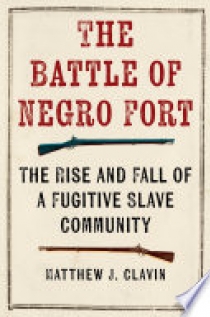 The dramatic story of the United States’ destruction of a free and independent community of fugitive slaves in Spanish Florida In the aftermath of the War of 1812, Major General Andrew Jackson ordered a joint United States army-navy expedition into Spanish Florida to destroy a free and independent community of fugitive slaves. The result was the Battle of Negro Fort, a brutal conflict among hundreds of American troops, Indian warriors, and black rebels that culminated in the death or re-enslavement of nearly all of the fort’s inhabitants.