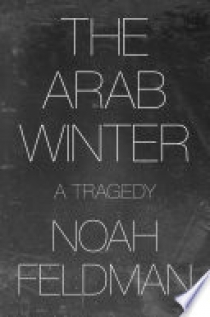 "Suddenly and unpredictably, non-violent mass demonstrations and protests erupted throughout the Arabic-speaking world in the spring of 2011, as large numbers of ordinary Arabs sought to take their political fate into their own hands and shape a better future for themselves. The optimism of their aspirations and the bravery of their efforts met with sympathy and excitement around the globe. For the first time, people in countries across North Africa and the Middle East were acting on their own, wresting control away from repressive governments and the great international powers that had long supported them. Yet as we all know, the electrifying events that began in Tunisia and that swept through Egypt, Syria, Iraq and elsewhere ultimately led to something much darker - except perhaps in the place where they began. Many long-time observers of the Middle East have arrived at a consensus about what happened to the Arab spring: it was doomed to fail. The Arab world, we are told, was unready for regime change in the direction of democracy. There is some variance among the purveyors of this consensus: some attribute the predestined failure and resulting horrors to a shared - and flawed - Arab political culture; others are inclined to blame Islam; and still others point the finger at the continued interference in the region of outside imperial powers (in particular, the United States). The purpose of Noah Feldman's new book is to rescue the Arab spring from the narrative of predestined failure. Feldman readily admits that in many ways the Arab spring ultimately made most people's lives worse than they were before. The ratio of success in the aftermath of the spring 2011 events has been atrocious. Yet it has not been zero. And even where these events took a turn for the horrifically worse, those outcomes were not inevitable. In place of the narrative of inevitability, Feldman tells a different story of the arc from spring to winter. His short book - ca 50,000 words - contains five chapters. In a first introductory chapter he analyzes the basic demands made by the Arab spring protesters (who were the people who took to the streets, what did they want, who was supposed to perform the overthrow of "the regime", and what was meant to replace it?). His main claim is that across the region demands for change were vague and general, not specific and concrete, and that - surprisingly - democracy went unmentioned. The result of this vagueness was an implicit invitation to military takeover. In chapter two, Feldman turns to Egypt and examines both key moments in the Egyptian drama: the January 2011 demonstrations in Tahrir Square in Cairo that led to the ousting of President Hosni Mubarak, and the June 2013 demonstrations in that same Square that encouraged the military to overthrow the recently-elected President and Muslim Brotherhood head, Mohamed Morsi. Feldman is of the view that the people took matters into their hands in both moments - in the first instance to remove a dictator, and in the second instance - sadly - to repudiate the country's nascent constitutional democracy. Chapter three moves to Syria and considers the thorny question of who was responsible for the disastrous civil war that followed the Arab spring there. Feldman's controversial argument is that responsibility lies not with the U.S. or other past imperial powers but with Syrians themselves. Chapter four addresses the Islamic State (ISIS, ISIL), claiming that although it was a dystopian political phenomenon when viewed from the outside it is best understood as a utopian, revolutionary movement that attained success locally and globally because it reflected its members' aspiration ot self-determining political action. In this way the Islamic State belongs squarely to the Arab spring moment. Lastly, in chapter five, Feldman describes the extraordinary success of Tunisia, the country where the Arab spring began. Tunisia, he claims, succeeded because its people and its leadership took political responsibility for the consequences of their actions, rather than seeking help from outside or hoping for internal forces to save them from themselves. The consequence was the compromise-driven creation of an original form of government: Islamic liberal democracy"--