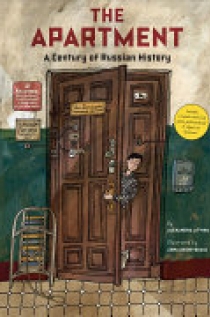 20th-century Russian history comes to life through six generations of a family in their Moscow apartment The Apartment: A Century of Russian History explains the true history of 20th-century Russia through the fictitious story of a Moscow family and their apartment. The Muromtsev family have been living in the same apartment for more than a century, generation after generation. Readers are taken through different rooms and witness how each generation actually lived alongside the larger social and political changes that Russia experienced.