The 1904 Anthropology Days and Olympic Games 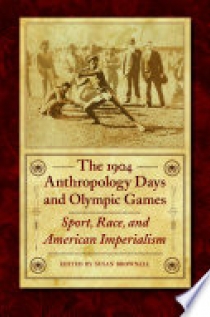 One of the more problematic sport spectacles in American history took place at the 1904 World?s Fair in St. Louis, which included the third modern Olympic Games. Associated with the Games was a curious event known as Anthropology Days organized by William J. McGee and James Sullivan, at that time the leading figures in American anthropology and sports, respectively. McGee recruited Natives who were participating in the fair?s ethnic displays to compete in sports events, with the ?scientific? goal of measuring the physical prowess of ?savages? as compared with ?civilized men.?