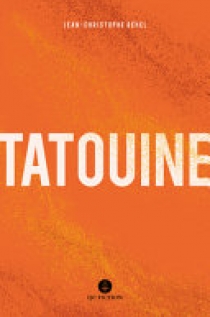 It's a long way from a basement apartment in a Montreal suburb to a new life on a fictional planet, but that's the destination our unnamed narrator has set his sights on, bringing readers with him on an off-beat and often hilarious journey. Along the way, he writes poems, buys groceries at the dollar store, and earns minimum wage at a dead-end supermarket job. But not to worry--he is John McClane, he is the ghost of Obi-Wan Kenobi (with a bacteria he's never heard of), he is Justin Timberlake... Meryl Streep... a grumpy George Clooney... In between treatments for his cystic fibrosis and the constant drip-drip-drip of disappointment, he dreams of a new life on Tatouine, where he'll play Super Mario Bros and make sand angels all day. But in the meantime, he'll have to make do with daydreams. Daydreams of normality, daydreams of surreal little catastrophes, daydreams of a better life. On Tatouine.