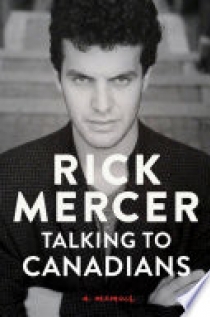 Canada's beloved comic genius tells his own story for the first time. What is Rick Mercer going to do now? That was the question on everyone's lips when the beloved comedian retired his hugely successful TV show after 15 seasons--and at the peak of its popularity. The answer came not long after, when he roared back in a new role as stand-up-comedian, playing to sold-out houses wherever he appeared. And then Covid-19 struck. And his legions of fans began asking again: What is Rick Mercer going to do now? Well, for one thing, he's been writing a comic masterpiece.