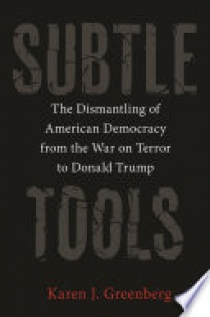 "Despite assertions about the unprecedented nature of his presidency, few of Trump's policies have been novel; many had been proposed in varied form throughout the latter years of the 20th century. Yet it was not until 9/11 that many of these policies started to take hold. In this intellectual and political history, Greenberg traces the evolving language, law, governance and policy that began to redefine the nation in the wake of 9/11 and shows how these took a transformative step forward under Donald Trump.