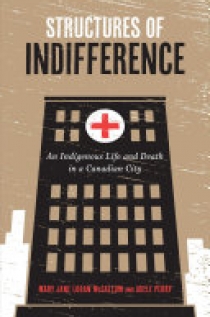 In September 2008, Brian Sinclair, a middle-aged non-Status Anishinaabe resident of Manitoba's capital city wheeled himself into the Health Sciences Centre, Winnipeg's major downtown hospital. He was left untreated and unattended to for thirty-four hours in the Emercency Room, where he ultimately died from an easily treatable infection. McCallum and Perry show that Sinclair's tragically avoidable death reflects a particular structure of indifference born of and maintained by colonialism.