Strong As Fire, Fierce As Flame 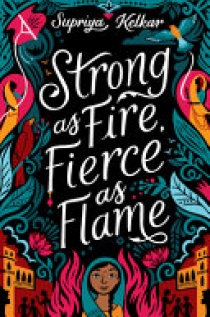 In 1857 India, 12-year-old Meera escapes a life she has no say in--and certain death on her husband's funeral pyre--only to end up a servant to a British general in the East India Company. When a rebellion against British colonizers spreads, she must choose between relative safety in a British household or standing up for herself and her people. India, 1857 Meera's future has been planned for her for as long as she can remember. As a child, her parents married her to a boy from a neighboring village whom she barely knows.