State Failure in the Modern World 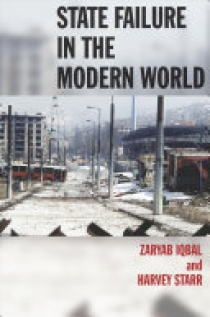 State failure is seen as one of the significant threats to regional and international stability in the current international system. State Failure in the Modern World presents a comprehensive, systematic, and empirically rigorous analysis of the full range of the state failure process in the post-World War II state systemincluding what state failure means, its causes, what accounts for its duration, its consequences, and its implications. Among the questions the book addresses are: when and why state failure occurs, why it recurs in any single state, and when and why its consequences spread to other states. The book sets out the array of problems in previous work on state failure with respect to conceptualization and definition, as well as how the causes and consequences of state failure have been addressed, and presents analyses to deal with these problems. Any analysis of state failure can be seen as an exercise in policy evaluation; this book undertakes the theoretical, conceptual, and analytic work that must be done before we can evaluateor have much confidence inboth current and proposed policy prescriptions to prevent or manage state collapse.