Speaking the Truth about Oneself 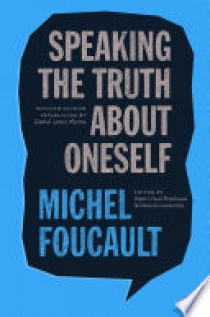 "Speaking the Truth about Oneself is composed of lectures that acclaimed French philosopher Michel Foucault delivered in 1982 at the University of Toronto. As is characteristic of his later work, he is concerned here with the care and cultivation of the self, which becomes the central theme of the second and third volumes of his famous History of Sexuality, published in French in 1984, the month of his death, and which are explored here in a striking and typically illuminating fashion.