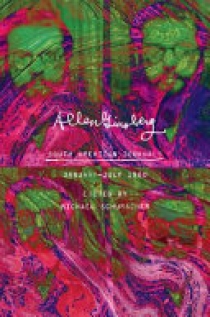 "Ginsberg's South American Journals, which follow Allen during six months in 1960 to Chile and Peru for a literary conference (begun just days after the Cuban revolution). Ginsberg travels to Machu Picchu, and then deeper into remote regions of Peru, seeking a source for the mind-altering drug yage, which had been suggested to him by William S. Burroughs and that he wanted to share with Kerouac and others (the US government allowed him to bring a small quantity back). Ginsberg wrote more in his journals during these six months than during any other period of his life, from his contemplations on death to his intense visions while taking yage"--