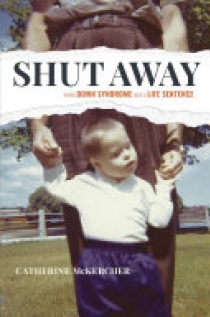 An explosive book that exposes the abuses of institutionalization. "How many brothers and sisters do you have?" It was one of the first questions kids asked each other when Catherine McKercher was a child. She never knew how to answer it. Three of the McKercher children lived at home. The fourth, her youngest brother, Bill, did not. Bill was born with Down syndrome. When he was two and a half, his parents took him to the Ontario Hospital School in Smiths Falls and left him there. Like thousands of other families, they exiled a child with disabilities from home, family, and community. The rupture in her family always troubled McKercher. Following Bill's death in 1995, and after the sprawling institution where he lived had closed, she applied for a copy of Bill's resident file. What she found shocked her. Drawing on primary documents and extensive interviews, McKercher reconstructs Bill's story and explores the clinical and public debates about institutionalization: the pressure to "shut away" children with disabilities, the institutions that overlooked and sometimes condoned neglect and abuse, and the people who exposed these failures and championed a different approach.