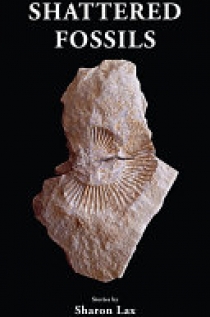 Shattered Fossils, a collection of short stories, takes its title from themes of the irretrievable past, particularly within Ark of Gopherwood, in which the narrator describes his friend as someone who has pieced together elements of the historical past, to create a more complete picture of history. From the short story in which a character enters a "painted sidewalk," the collection moves into an exploration of the creation of memoir and memory. Some of the stories, but especially one about a 'bard, ' set in Montreal, another set in Iceland and one set off the coast of England, contain ghosts. The last is told from a ghost's perspective. Her husband, a mathematician, has called her from the shadows. While she was alive, he insisted time was immutable. Now he is attempting to solve the equation that will bring her back.