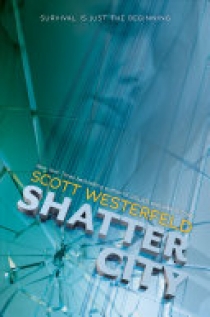 Cities at war. Identities stolen or hidden away. A love built on lies. In the second book of the New York Times bestselling Impostors, nothing is certain and anything can be taken away. When the world sees Frey, they think they see her twin sister, Rafi. Frey was raised to be Rafi's double, and now she's taken on the role . . . without anyone else knowing. Her goal? To destroy the forces that created her. But with the world watching and a rebellion rising, Frey is forced into a detour.