Sexual Violence as a Weapon of War? 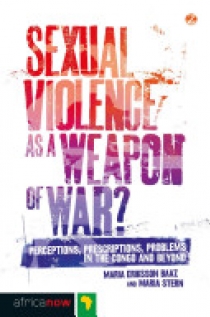 Too often in conflict situations rape is referred to as a "weapon of war" - a term presented as self-explanatory. In this provocative book, Baaz and Stern challenge the dominant understandings of sexual violence in conflict and post-conflict settings. Drawing upon original fieldwork in the Democratic Republic of Congo, as well as research material from other conflict zones, the authors emphasize the importance of context and the multiplicity of factors involved in gender-based violence, such as the nature of civilian-military relations, and ultimately argue that it is misleading to isolate sexual violence from other aspects of conflict.A much-anticipated book by two acknowledged experts in the field dealing with an issue that has become an increasingly important security and legal topic.