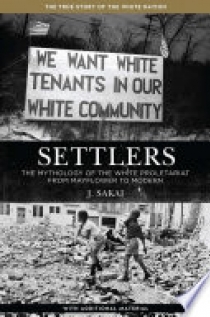 A uniquely important book in the canon of the North American revolutionary left and anticolonial movements, Settlers was first published in the 1980s. Written by activists with decades of experience organizing in grassroots anticapitalist struggles against white supremacy, the book established itself as an essential reference point for revolutionary nationalists and dissident currents within the Marxist-Leninist and anarchist movements.