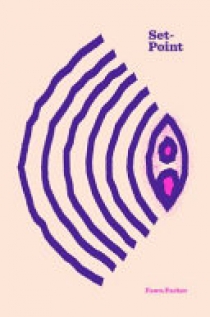 Set-Point is a novel about personal, sexual, and physical identity. A voice that is at once brutally honest and humorous follows Luck Frank, a mid-20s aspiring screenwriter living in Montreal who begins work as a digital sex worker, selling data recorded on interactive erotic consoles. She keeps her work separate from her artistic and personal life until a user threatens to release her identity. Lucy struggles with body image, her mother's illness, and her feelings about her new line of work, while trying to sell a series of scripts parodying Karl Ove Knausgaard's My Struggle series. Segments of the novel take place inside of U:3D, a massive multiplayer online world-building game in which Lucy's project is produced. Unfolding in Montreal youth culture, this debut explores intellectual parody, mental and physical illness, and the relationship between technology and sex.